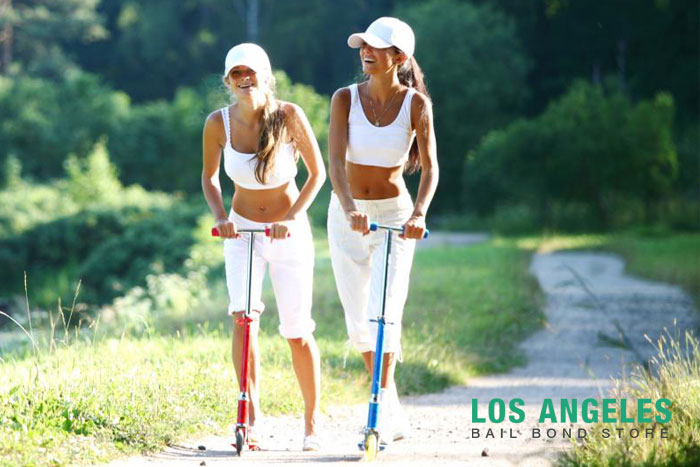 21 Jan Are Scooters the Future of City Travel?

If you live in a big city, or just a densely populated area, you’ve probably run into alternative methods of transportation. When cities become overcrowded, its citizens begin to look for ways to avoid all of the traffic and congestion. After all, no one likes to drive in heavy traffic.

For some people, this simply means hiring a Lyft, Uber, or taxi. Maybe the city has a good public transportation system such as a bus or a subway. These are relatively established systems that people can rely on. However, they can be a bit expensive and, for those who are trying to go green, these modes of transit aren’t very environmentally friendly.

This has led to a rise in a new mode of transportation in cities, rentable electric scooters. Companies like Bird and Lime have surged as they quickly make their product available to anyone who has their app. Their scooters allow riders to get from A to B without having to deal with heavy traffic by offering a unique mode of transportation. However, this new method of transit is not without its problems.

How Do Rentable Scooters Work?

Bird and Lime are both two large start-up companies that are looking to make transit easier and greener for those in cities. By offering rentable scooters, clients of the two companies are able to get around congested city streets without getting in a car. By avoiding vehicles, the rider is helping keep the environment just a little bit cleaner.

The process of renting the scooter is kept simple through the use of an app. To use a scooter, a person simply downloads the app on their phone and creates an account. The app will lead them to a nearby scooter, which they can pay for and unlock through the app. Then they just ride to their destination, where they park the scooter for someone else to use later.

Ultimately, it is that latter part of the system that is bothering cities. The scooters are dock-less, allowing them to be left anywhere. This has a tendency to cause congestion issues with scooters being left all over sidewalks. This is why many cities are having issues with the devices.

What Is the Problem?

When scooters are left lying around all willy-nilly, they can get in peoples’ ways. They can cause tripping hazards are just a general eyesore. This has led to local residents complaining about the devices. That in turn led to cities taking action against the scooters and their companies.

In addition, not all scooter operators are considerate of others. Many pedestrians have complained about being run into by the scooters. Many claim they are a hazard to sidewalk safety.

Part of the issue with the scooters has been their sudden appearances. They often established themselves in cities before acquiring permits for all of their scooters. Both companies seem to have adopted strategies of asking for forgiveness rather than permission. This caused many cities to flat out ban the services, while opened up dialogue in others.

Some cities and counties all over California are now in the process of working with the companies to create rules and regulations. The hope is that by working with these companies, they will be able to reduce the congestion that they can cause while still offering a green alternative to getting around town. Some cities even plan on using the data acquired from where the scooters are most heavily used to implement new public transportation options in those areas.

Time Will Fix the Problem

Hopefully, as the cities begin to work with both Bird and Lime on developing rules for the scooters, things will get better. The companies may face fines for allowing too many scooters to pile up, or if the scooter is involved in an accident.

Meanwhile, the companies themselves are working to encourage their users to better use the scooters. Bird’s website encourages users to wear helmets, leave the scooters in safe areas not on the sidewalks, and to not ride on sidewalks.

So, while the scooters may be obnoxious at times now, they may get better with time and regulations. Just remember, there was a time when Uber and Lyft were considered problematic as well. The same can be said about the emergence of cars over a century ago. New technology takes time to be perfected, and if it isn’t perfected, it will fade away.