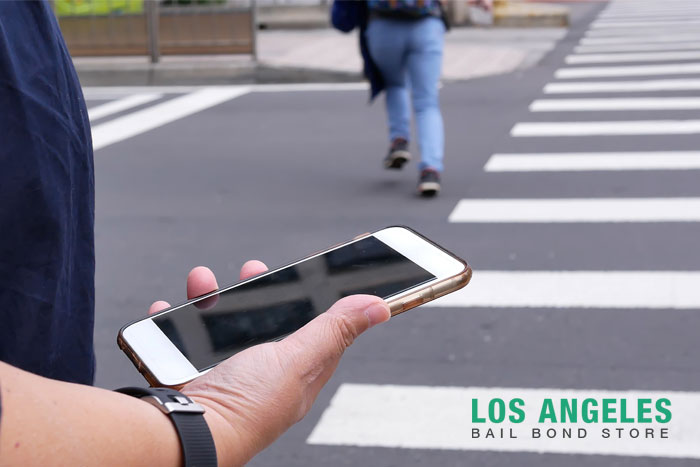 27 May Cell Phones Aren’t Just Dangerous Behind the Wheel

Cellphones have gradually grown to be a major part of just about everyone’s daily lives. Most people keep a phone with them 24/7. This ensures that they will always be able to get in touch with friends and family members whenever they need to. The smart little device also has the ability to grant people access to the internet whenever they need it. This kind of extra connectivity is great, but it can also be dangerous.

As much as people are loath to admit it, cellphones can be very addicting. This leads to people using them at times that aren’t exactly ideal. This, in turn, can cause problems. A perfect example of this would be when a person is driving and using a phone. Looking at, or even talking on, a phone can be very distracting, and lead to a car accident. Just checking a text while behind the wheel could have deadly consequences.

Most people agree with this fact, however it is not the only instance when cellphone usage isn’t the best idea. Even simply walking while using a cellphone can be a bad idea, especially if the person is actively looking at the screen instead of at where their feet are taking them. This can cause accidents that sometimes make entertaining videos online, and others that are truly horrible. This is why some New York State lawmakers are looking into creating a law to ban pedestrians from using their phones while walking.

Don’t Use Phones While Crossing a Street

Last year, New York State Assemblyman Felix W. Ortiz introduced a bill to the state assembly and more recently introduced to the state’s Senate by Senator John Liu. This new bill proposes to make it illegal for a pedestrian to use a portable electronic device while crossing a street. This would include all distracting uses for cellphones, namely:

Penalties for breaking the proposed law would be small fines ranging from $25 to $250.

This bill would not be the first of its kind. That honor goes to the city of Honolulu, Hawaii. The proposed bill comes in response to the rising numbers of pedestrian deaths, which are at the highest they’ve been in decades. A 2019 Governors Highway Safety Association report state that the rise in in smart phone use could be a likely cause for the increase in these types of deaths.

As mentioned earlier, cellphones can be very distracting to their users. That is why it is illegal to use cell phones while driving. Likewise, using a phone while crossing a street can be just as dangerous. If a person isn’t paying enough attention, they could easily step out in front of a speeding vehicle. In an interview with CNN, Senator Liu stated that: “We want New Yorkers to know it is OK to wait the five seconds.”

Before lawmakers can even vote on the bill in question, it has to be approved by the transportation committee in each house.

What Does This Mean for Californians?

At first glance, this doesn’t mean anything for Californians, as even if the law passed, it would only affect New Yorkers. However, laws like this have a tendency to spread. Just the fact that New York lawmakers are considering this law is getting people to talk. While some lawmakers hope that just the consideration of this bill will remind people of their common sense of when and when not to use a cell phone. However, some lawmakers, even the ones here in California, may deem this a necessary law.

When it comes to safety, California lawmakers don’t mess around. After all, that is why there are cancer warning signs on everything from gas station pumps to movie theater doors. It is not far of a stretch to believe that some Californian lawmakers might consider this kind of law a good idea.

What do you think of this proposed bill? Should using a phone while crossing a street be made illegal, or should it be left up to common sense to decide? Let us know what you think in the comments down below.