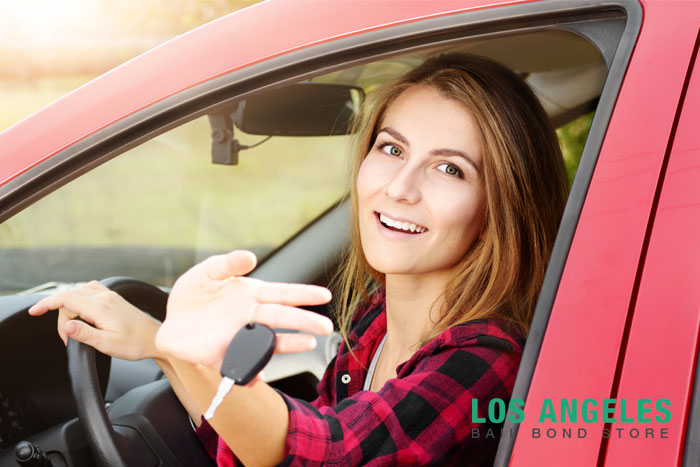 Driving is a pretty big deal for teenagers. For them, it is often viewed as their ticket from freedom. Once they learn to drive, they can go wherever they want without having to ask for a ride from a parent. When a teen receives their driver’s license, it is one of the first times in their life where they get to make their own choices, so it is understandable why teens are so excited to get their licenses.

Driving is a very big deal, not just because of the freedom it offers a person, but also the dangers that can come with it. A person can very easily cause an accident while driving if they aren’t careful. That is why getting a driver’s license can be challenging. The Department of Motor Vehicles wants to make sure that everyone actually knows how to drive before they get their license.

The driver’s test, and all of the training that comes before it, can be daunting for teens. Some may decide that they are better off teaching themselves to drive on their own. That, or they simply wanted to take the family car for a quick spin. To them it may seem like a harmless adventure, but that is not always the case. Doing this can lead to some serious trouble for the teen.

Here in California, as with most of the rest of the country, a teen has to be a certain age in order to drive. The following ages are very important to teens because, as mentioned above, they determine when they achieve their first glimpses of freedom.

As drivers, minors have additional rules that they have to follow. These rules are in place to keep them safe from other drivers, and themselves. These restrictions remain in place until the license holder becomes 18.

When it comes to teens with driver permits, they can only drive a vehicle so long as an adult, 25 or older, is sitting in the front passenger seat. Permit holders cannot drive by themselves under any circumstances.

While teens with their driver’s license will be able to driver themselves, if they are under the age of 18, they will also have restrictions. Teen drivers are not allowed to drive between 11 p.m. and 5 a.m. at night. They are also not allowed to drive anyone who is under the age of 20. There can be exceptions to these laws, provided the teen has the right documentations.

All teen drivers are prohibited from using any electronic devices while driving, even if the device is hands free.

Teen drivers are held to a higher standard than adult drivers since they are new to the experience. This is done in order to keep teen drivers safe. If a driver under the age of 18 gets 2 points on their driver’s record within a year, their license will be suspended for 30 days. If the driver gets 3 points in a year, their license can get a 6 month suspension and a year’s probation.

If a teen driver is ever found to have a blood alcohol concentration (BAC) of even .01%, their license will be suspended for one whole year.

If it is discovered that a teen under the age of 16 is driving without ever being issued a driver’s license, the teen could face harsh penalties. They could face a $1,000 fine and up to 30 days in jail. A judge can also make it so the teen cannot get their driver’s license until they are 21. If the teen is caught driving again, they can receive harsher fines and longer jail sentences.

Driving is a very big deal for teens, it is their first opportunity to experience a bit of freedom. Having a driver’s license allows a teen to go wherever they want, whenever they want, with a few restrictions. A teen driver needs to be aware of these restrictions and follow the rules to the best of their abilities.

If they do not do that, they could get into serious trouble and have their license suspended. That is the last thing a teen driver wants after finally getting their license in the first place.