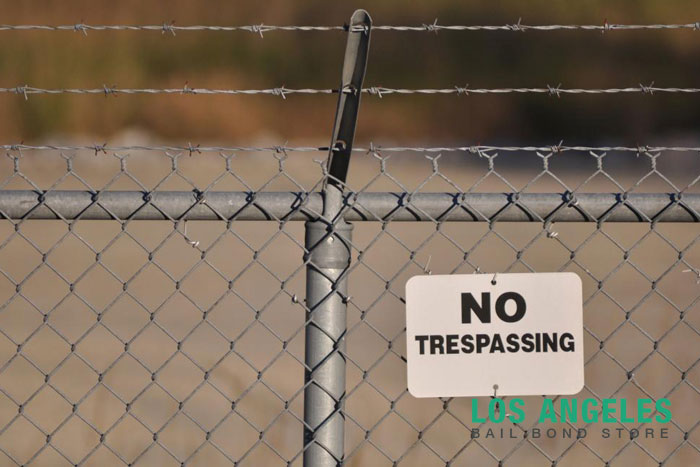 01 Jul How Does California Define Trespassing?

Sometimes, it can be fun to go out and explore new areas. A person never knows what they may stumble upon while exploring the unknown. However, a person needs to be careful. They don’t want to wander onto someone else’s property. That would be trespassing, and can get the person into some legal trouble if they are not careful.

Pretty much everyone has heard about the crime of trespassing, but some people may wonder what constitutes trespassing. Luckily, the state of California has a specific law that defines what counts as trespassing within the state. However, there are several different instances that can count as trespassing. Some of the instances are what people might expect, and others are oddly specific and weird.

Here in the state of California, trespassing is defined under Penal Code (PC) 602. At its most basic definition, a person commits the act of trespassing when they enter, or remain, on another person’s property without the permission or right to do so. For the most part, this is a pretty straight forward definition. However, this is not the end of things for the law.

The law actually lists out dozens of different instances that can count as trespassing within the state.

Some of these examples include:

This is just a small sample of different instances that count as trespassing here in California. As one can see, there are several different ways that a person can unknowingly trespass. Some of these instances make sense, such as entering another person’s property without consent. Others are just weird, like taking shellfish without permission.

The best way to understand how California views trespassing, is look at the simplest version and break it down. A person is guilty of trespassing when they willfully enter onto another person’s property with the intent of causing a disturbance of some sort, or damage to that property. With this definition, it is easier to understand why taking shellfish from someone else’s property without permission counts as trespassing. The act implies that a person entered the property without permission and damaged the property by removing the shellfish from the premises.

Penalties of Trespassing in California

Trespassing charges can be charged as any level of criminal offense. This means that it can be an infraction, a misdemeanor, or, in rare instances, a felony. The severity of the charges are dependent on the facts of the case.

For infraction level offenses, such as trespassing on fenced land with posted signs of “No Trespassing”, a person faces:

When a person is convicted of misdemeanor trespassing charges, they could face:

Felony trespassing occurs when a person makes a credible threat against another individual and within 30 days of issuing the threat, enters that person’s private property or workplace.

When this occurs a person can face:

Don’t Trespass on Other People’s Property

Here in California, there are several different definitions of trespassing. Luckily, a person can easily avoid getting into trouble so long as they stay off of other people’s land. As long as people stay in areas where they have permission to be, and don’t take things off the property without permission, they won’t have to worry about being accused of trespassing. That can prevent a lot of headaches and stress in the future.

Going on adventures can still be fun, a person should just make sure they have permission to be there before entering the property. Have you ever found some cool places while exploring the unknown? Share your story in the comments down below.