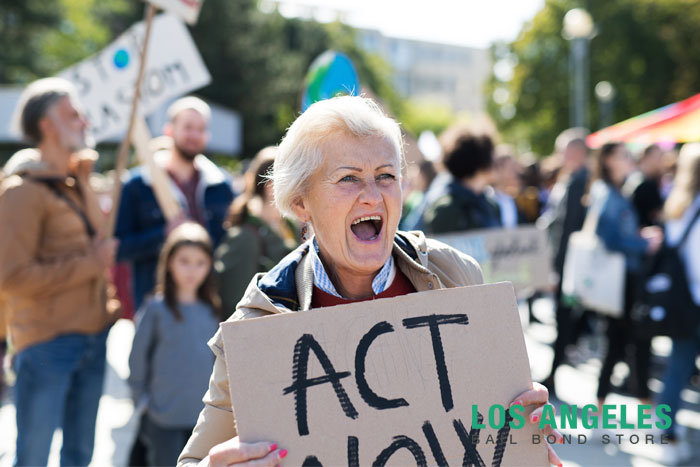 These days, it seems like every time you turn on the news, you encounter a story about a riot. Major cities throughout the United States are dealing with the fallout from riots. While everyone knows that riots are frightening and illegal, few of us understand what the legal ramifications are of getting caught in the middle of a riot.

If you’re upset about something, you have the right to start and/or participate in a protest. The catch is that for the protest to remain legal it has to be peaceful. You aren’t allowed to do anything that could be perceived as violent nor are you allowed to encourage others to participate in committing violence. The moment you do either of those things, you’re violating the law.

If you incite a riot in California you’re breaking California Penal Code 404.6 PC. You’ll violate this law whenever you:

It’s important to note that even if you didn’t attend the riot or you left before the police appear on the scene, you can still be charged. If the police learn that you knowingly engaged in behavior that inspired others to riot, you’ll be charged.

If you are convicted of rioting in California, you can be sentenced to a full year in county jail and be required to pay a $1,000 fine.

If you’re arrested for rioting, inciting a riot charges will likely be only one of the things you’ll have to worry about. In most cases, additional charges will be filed. These often include:

If someone is killed during the riot, you could find yourself facing manslaughter, murder, and/or accessory to murder charges.

In addition to legal charges, you’ll likely be named as the defendant in any civil property damage case that makes it to court. Even if the property owner doesn’t file a lawsuit, their insurance company likely will.

If you’re attending or organizing a protest, pay careful attention to the overall mood of the participants. If you sense things are getting heated, do whatever you can to calm the situation. If you’re unable to stop the situation from escalating, at least make an effort to work with any law enforcement officers who are present. Your cooperation could be the ticket to proving that you never intended for things to get out of control.