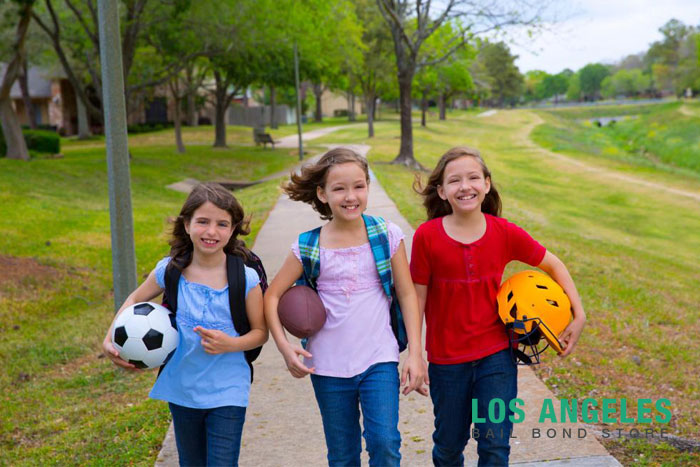 19 Feb Remember to Slow Down in School Zones

Posted at 00:34h in Bail Bonds in Los Angeles by karen 0 Comments
0 Likes

Every driver knows that speed limits can vary from place. After all, a person wouldn’t expect to be able to drive freeway speeds through a residential neighborhood. These differences exist for safety reasons. It wouldn’t be safe for the driver, or pedestrians to fly down a residential street at those speeds.

By reducing speeds, a driver has more control of their vehicle and is less likely to get into a horrible accident. A driver can expect speed limits to slow down in areas where cars will be merging into traffic, or wherever a lot of pedestrians will be present. Roads near schools are perfect examples of this.

What Are School Zones

School zones are roads that are within 1,000 feet of a school. Since kids are very present in these areas, whether they are walking alongside the road, or crossing it, driving fast through these areas is not a good idea. That is why, here in California, the speed limit within school zones is 25 miles per hour (mph) when children are present. Although, drivers should be aware that some school zones have speed limits as low as 15 mph.

Kids don’t always have the best sense of awareness and danger when it comes to cars. They will often dart out into the street without looking both ways. Since it takes a while to teach road safety to children, the best way to keep them safe is to ensure that the cars near them are driving slower. After all, adult drivers are more likely to be cautious than the children are.

By reducing the speed limit, drivers are far less likely to getting into an accident, which would be horrible if it involved kids. That is something no driver wants to cause, no matter how late they may be running.

Speeding is never a great idea, but it is especially bad in school zones when school is in session. Not only does doing this earn a driver a speeding ticket, it can earn them one with a higher fine due to the location. This is very similar to speeding within a construction zone.

When it comes to base ticket prices in California, the prices are determined by how far over the speed limit the driver was going.

While these may not sound expected, there will likely be additional fees added to the final prices, which can drastically raise the cost.

If a person is caught speeding over 100 mph, then they face additional charges:

Speeding can carry heavy fines, but it can also lead to increased insurance rates since the driver will be seen as having a higher risk of getting into an accident.

Slow Down When Children Are Present

Speedingis never a good idea, no matter how late the driver may be. It is a very dangerous act that exchanges the safety of others to safe the driver a few extra seconds. It is not worth that risk, especially in a school zone where children are present. One wrong move by the driver or a random child could be catastrophic.

If a person wants to avoid being responsible for harming a child due to their driving, then they need to obey the speed limits in school zones. By doing so, they give themselves enough time to stop if a child does run in front of their car.