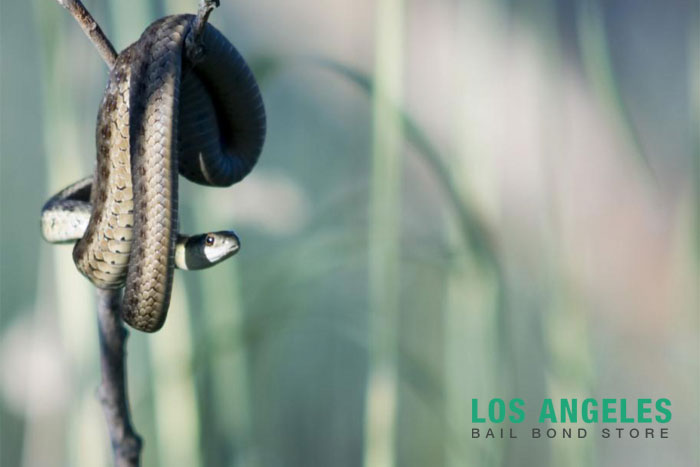 Summer is rapidly approaching, and with it comes all of the warm weather that California is known for. After all, as the state that guarantees sunshine to the masses, California is known for its sunny and warm weather. This great weather allows people to enjoy the fresh air outside in all sorts of different ways. While this is great, people aren’t the only ones out and about to soak up some sun.

As the days grow warmer and sunnier, reptiles of all types begin to emerge. This means that snakes begin to come out from hiding, and thereby increases the chances of snakes and humans meet. Many people have some form of phobia, which is a fear of snakes. In fact, this is the second most common phobia to have, right behind arachnophobia. Since some snakes are venomous, it is pretty reasonable to be afraid of them.

However, not all snakes need to be feared. Even getting bitten by a snake in the United States isn’t as life threatening as many people assume.

The state of California is home to just over 30 different species of snakes. Of those snakes, only about 6 of them are venomous. The rest may bite, but don’t have any venom in them to cause any harm to humans.

When it comes to dealing with snakes, the thing to remember is that they are just as afraid of people, as people are afraid of them. Snakes do not attack people unless they feel that they have to defend themselves. This means that avoiding getting bit can be pretty easy, so long as the person knows the snake is there in the first place. When a person comes across a snake in the wild, especially a venomous one, the best thing to do is to leave it alone and give the animal its space. As long as the snake is able to slither off on its own without being poked, prodded, or grabbed at, it will leave a person alone.

Unfortunately, a person doesn’t always know where snakes are, which can lead to them “cornering” one by accident. Naturally, very few people ever actually seek to corner a snake, but the snake doesn’t know that, and can lash out in self-defense.

There are a lot of myths and rumors out there. Some of the big things not to do are:

Luckily, snakebites are pretty rare here in the US, with only about 20,000 reported cases per year on average. In addition, the chances of dying to a snakebite in the US are very slim. A person is 9 times more likely to be struck by lightning.

Another aspect to consider, is how the bites occur. Some interesting statistics include:

All of this points to the fact that snakes would rather avoid people, so if they are left alone, they will leave the person alone.

Don’t Panic, Just Give Them Their Space

As scary or creepy as snakes may appear, for the most part there is nothing to worry about. Most snakebites occur when a person refused to leave a snake alone, which is all snakes really want. If they are left alone, they will go about on their merry little snake way, but if they are provoked, they will defend themselves.

When it comes to dealing with snakebites, the best things a person can do is remain calm. From there, the next best thing to do is to get to a hospitable as soon as possible. From there, doctors will be able to administer the correct antivenin. The sooner that antivenin is administered, the better.

As California begins to warm up, residents need to be aware that snakes will be coming out of hiding more often. As long as people keep that in mind, and give the snakes their space, there shouldn’t be any problems, or needs to rush to an emergency room.

Have you ever had some experiences with snakes? Tell us about it in the comments down below.