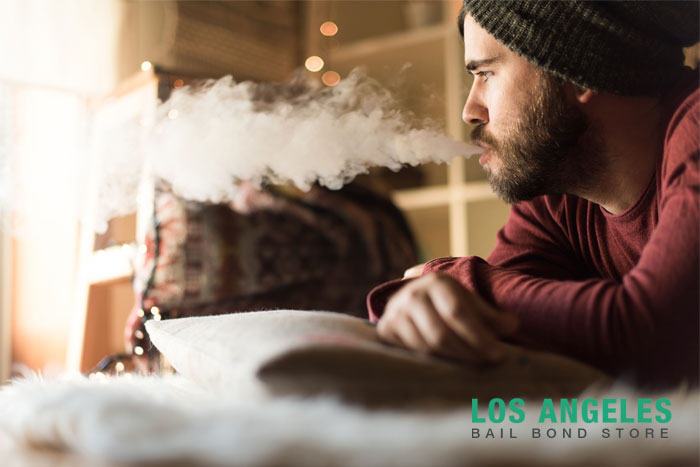 Proposition 64 was passed by voters in November 2016. This set the groundwork for the recreational use of marijuana to become legal in the state on January 1st, 2018. This changed up how marijuana could be used in the state, and removed many of the penalties for smaller marijuana based offenses. However, it did not legalize everything with marijuana usage, and that is where there is some confusion.

Even though this change went into effect a year ago, it is still relatively new. This means that most people are a bit fuzzy on what exactly changed. Many people are unaware of what is now legal, and what can still get them into trouble when it comes to marijuana.

The Law and Personal Use

It is now legal for a person 21 years or older to possess up to one ounce of dried marijuana or up to 8 grams of concentrated cannabis. One thing that many people seem to forget, is that the law only allows recreational use of marijuana. This means that it can only be used on private property with permission from the property owner. Landlords and employers still have the right to restrict marijuana usage on their properties, which can affect renters and employees of businesses.

Since smoking marijuana is a lot like smoking cigarettes, it is also prohibited anywhere that smoking is prohibited. Basically, if someone can’t smoke a cigarette someplace, then they cannot smoke marijuana there either. This typically includes any K-12 school, and other places where children are frequently present. The idea behind this ban is to protect kids from secondhand smoke.

A person can still get into trouble for possessing marijuana if:

It is important to remember that the use of marijuana is still illegal under federal law. This means that at any time, federal prosecutors can decide to arrest and prosecute a person for marijuana use, even if they are following all state laws. While this is unlikely, for this reason, it is a good idea to never use marijuana on the premise of a federal building.

Possession of more than 28.5 grams of marijuana is a misdemeanor. This comes with up to 6 months in county jail and a max fine of $500.

Possession of marijuana on school grounds is a misdemeanor and comes with a $250 fine for a first offense.

The Law and Personal Cultivation

Under this new law, anyone 21 and older is allowed to grow and maintain up to 6 plants of marijuana. The plants need to be grown indoors, unless local regulations allow people to grow the plants outside. Whenever the plants are grown must be a secure location to ensure that minors cannot get ahold of the plants.

Again, minors face restrictions with this law as well. No one under the age of 21 is allowed to grow marijuana. If caught doing so, anyone under 18 will need to go to drug counseling and perform community service. Anyone between the ages of 18 and 21 will have to pay a small fine of $100.

Anyone over the age of 21 who grows more than 6 plants of marijuana will likely face misdemeanor charges. This means up to 6 months in jail and a max fine of $500. For some people, growing more than 6 plants could earn them felony charges if:

What Is Legal in California

The passing of Prop 64 3 years ago legalized the recreational usage of marijuana in the state of California. This made it legal for people to use marijuana in certain areas, and to grow up to 6 plants. However, it is still illegal for minors, anyone younger than 21, to possess, use, or grow marijuana.

This legalization also permitted licensed businesses to sell marijuana legally in the state. However, unlicensed individuals are not allowed to sell any of the marijuana that they grew or have. That is still a crime in California. For more information on selling marijuana laws, click here.

What do you think of California’s take on recreational marijuana? Was it a bad idea, or the right thing to do? Let us know in the comments down below.