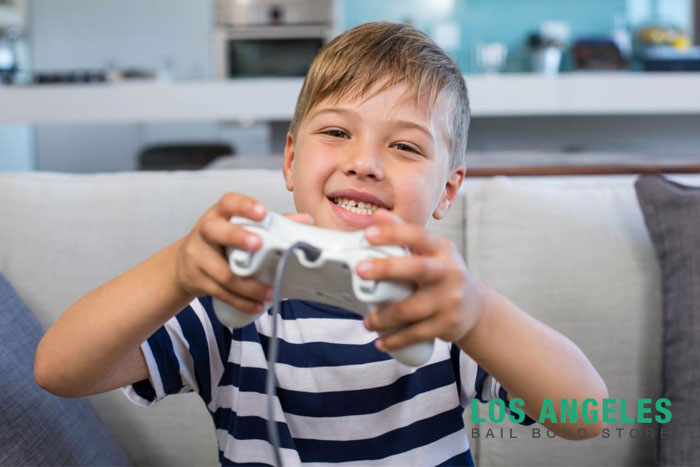 24 Jun What Kind of Video Games Is Your Child Playing?

Parenting is not an easy task, but at least school is there to take the kids away for a few hours each day. That helps. However, summer is now here and the kids are free from school for the season. It can be tough for parents to figure out how to keep their kids busy and entertained over the summer.

Nowadays, many kids are easily entertained with a video game of some sort. Luckily, there are plenty of games to choose from to keep the kiddies entertained. However, a parent needs to make sure that the game their kid is playing is appropriate for them. Some parents don’t realize that there is a way to determine what is in a game without having to play it.

How to Rate a Game

Video games come in all sorts of “shapes and sizes.” There truly is something for everyone, so long as they are willing to look for the right game. One of the ways that people can tell what is in a game, aside from reading the back of the box, is to look at the rating system. Every single game in the United States has a rating from the Entertainment Software Rating Board (ESRB).

The ESRB is tasked with providing consumers with the information to determine what kind of audience the game is made for. The ESRB examines a game and determines if its content is meant more for kids, or adults. Once a decision has been decided on for a game, the game receives a letter rating.

While some people may be confused by the letter system used for rating video games, it is actually pretty straightforward. The following letters can be used for ratings:

More information can be found on the ESRB website, as well as a helpful lookup tool, here.

Be Wary of Loot Boxes

Another thing a parent should be wary of in their child’s games, are loot boxes. Loot boxes are highly controversial at the moment with many people debating whether or not they constitute gambling.

Loot boxes typically work as follows: A player acquires a box in game, sometimes by earning, though usually through purchasing the box with real world money. The player then opens the box is given a random in-game reward. If a player didn’t get the reward they wanted, they can always purchase another loot box to try again. This can very quickly add up to a lot of money.

Some popular games that include loot boxes include:

Due to these questionable practices, many governments around the world are weighing in on whether or not loot boxes count as gambling. Until governments can come to any sort of decision on this front, parents should pay attention to games with these, as kids have been known to use their parent’s credit cards to buy a lot of these loot boxes.

Video games can be a great way to keep a child entertained this summer, so long as a parent is aware of what games their letting their child play. When a parent buys a game for their child, they need to make sure that the game is appropriate. If they don’t want their child seeing anything super violent, then M rated games are out of the picture. No cartoon violence, then T games are out as well. E and E10+ games are usually a safe bet for young children.

Unfortunately, if a parent wants to avoid games with loot boxes, they are going to have to a look a little more closely at the rating box on the game’s case. Loot boxes themselves don’t currently affect a game’s rating with the ESRB, however they should be listed next to the games rating under the category of in-game purchases.

Do you have a favorite child appropriate game? If so, share it in the comments below and help other parents find a good game for their child this summer.