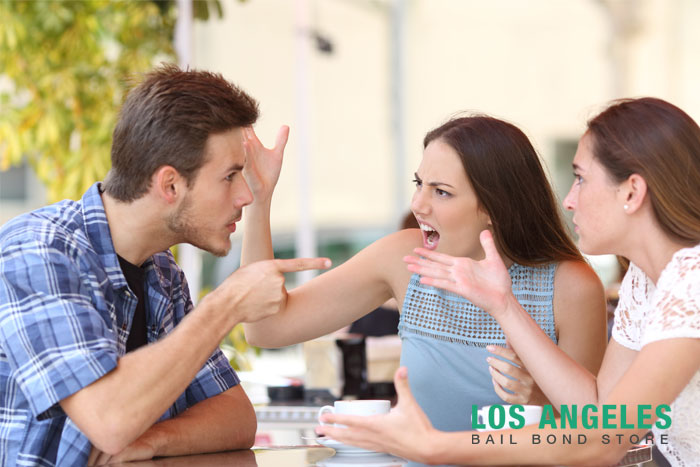 Street fighting, barroom brawls, and throwing a punch at a guy who steals your parking space. In the movies, these things never seem like a big deal. The worst thing that ever seems to happen to the characters who are involved in public fighting is that they spend a few hours in jail.
Sadly, real-life doesn’t mirror the movies. California has public fighting laws. If you’re busted for public fighting in California, you’ll face serious consequences.

What is Public Fighting?

California considers public fighting to be a disturbing the peace crime. The issue is addressed in the Penal Code 415. When you read PC 415 you’ll discover that it doesn’t take much for an officer to decide that you’re in violation of the law.

PC 415 states that you can be charged with disturbing the peace if you’ve:

What is a Public Place?

Most people know that bars, schools, government buildings, and sporting complexes are public places. The problem is that some people don’t know about other areas, such as a lawn, driveway, or cornfield. Can you be charged with disturbing the peace if you get into a fight while standing in someone’s front yard?

According to USLegal.com, a public place is, “A public place is generally an indoor or outdoor area, whether privately or publicly owned, to which the public have access by right or by invitation, expressed or implied, whether by payment of money or not, but not a place when used exclusively by one or more individuals for a private gathering or other personal purpose.”

The Consequences of Fighting in Public

You can claim that you acted in “self-defense” when you were trying to protect someone else from harm.

charges for fighting in public, disturbing the peace, plubic fighting laws, the legal consequences of public fighting, what charges could you face in a bar fight, what is disorderly conduct