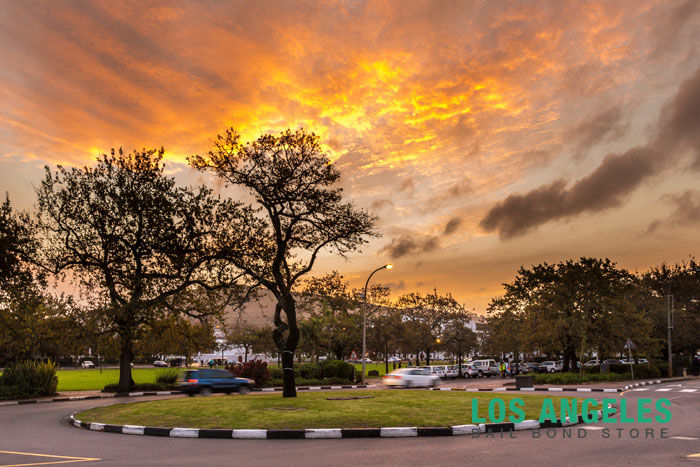 25 Feb Learning to Cope with Roundabouts in the US

There is no denying that the average driver has to deal with a lot of obnoxiousness while behind the wheel of the car. Any driver could list at least a dozen different scenarios that drive them absolutely crazy. Whether it dealing with jaywalking pedestrians, or tailgating jerks, every driver has dealt with their fair share of frustrations.

While those scenarios are difficult and frustrating, there are others that don’t spring to mind but can be just as aggravating. These instances usually arise when the driver encounters something and they aren’t quite sure how to respond or proceed. A perfect example of this for most American drivers would be when they come across a roundabout.

These relatively simple, at least on paper, traffic intersections can be quite confusing for us American drivers when encountered in the “wild.” However, they shouldn’t be feared. Many studies have proven that roundabouts can provide a lot of benefits. Most US drivers just need a refresher in how to handle them.

For those drivers who have never encountered a roundabout, which isn’t impossible here in the US, a roundabout is a type of circular intersection that permits traffic to flow in one direction around the circle. Other common names include traffic circles and road circles. However, these two aren’t exactly accurate. A true roundabout doesn’t use any signs or signals to control the flow of traffic, whereas traffic circles do.

Roundabouts are fairly uncommon across the United States. Meanwhile, they are extremely prominent in other countries. For instance, drivers in France, which had over 30,000 roundabouts in 2008, are around 25 times more likely to encounter a roundabout that drivers in the United States. This is quite impressive considering the vast size difference between the two countries.

These statistics are pretty impressive, considering that, according to the UK Roundabout Appreciation Society, American businessman William Phelps Eno was the first man to come up with a roundabout by designing the system for Columbus Circle in New York City.

The Benefits of Roundabouts

There have been dozens upon dozens of studies into roundabouts and their benefits. The largest benefit being how they help the flow of traffic. Unlike conventional intersections, roundabouts do not require traffic to stop, simply slow down. This means that traffic can keep moving at a steady pace, thereby reducing congestion.

On top of keeping traffic moving, roundabouts have also been proven to be much safer than typical intersections. According to a report from the Insurance Institute for Highway Safety, on average, roundabouts experience 39% fewer vehicle collisions, 76% fewer injuries, and 90% fewer serious injuries and fatalities. This is largely due to the fact that they reduce speeds and reduce the amount of collision points in the intersection itself. Most collisions in roundabouts happen at much slower speeds and are only glancing blows, instead of head-on impacts.

Lastly, due to the lack of stopping and idling at roundabouts, these intersections also help cut back on pollution. Cars are often able to keep moving through roundabouts, which means that gas they are burning is actually being used rather than being wasted. On top of that, since there is less stopping and going, there is less noise pollution as well. This is due to the fact that engines make more noise when they are working to get a car moving again after a full stop.

How to Deal with Roundabouts

Roundabouts are not as scary as they may appear. Often times, they only look confusing because they are new, not because they are difficult.There are a few simple rules to keep in mind when going through a roundabout.

That’s all there is to it. So long as a driver pays attention to the signs as they approach, and keep these rules in mind, they will be just fine. They will be able to keep moving to their destination without having to stop and wait for a light to change.