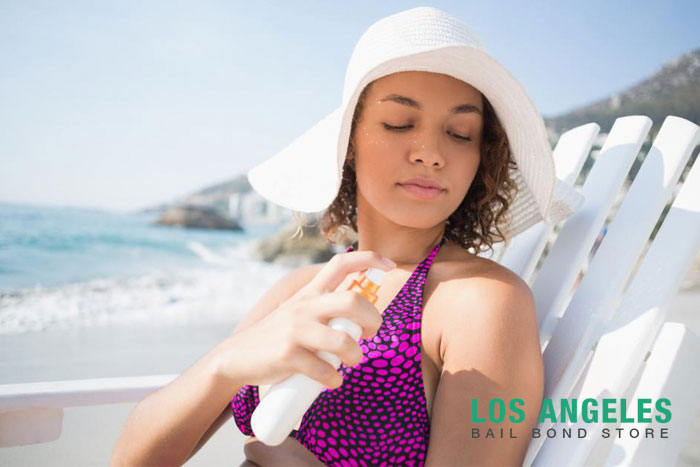 12 Feb Sunscreen Getting Banned from Beaches?

California, especially the southern portion, is well known for its sunny weather and stunning beaches. After all, California is one of the best places to catch some surf and sun. Going to the beach is a lot of fun, and a big part of the California lifestyle.

Of course, when a person goes to the beach, they need to be safe when they do so. This means applying sunscreen to help protect a person from harmful ultra violet rays from the sun. By doing this, a person reduces the chances of getting a sunburn or even skin cancer later in life. Sun block is an important item for anyone looking to spend some time at the beach.

Choosing the right sunscreen for the day can mean the difference between a going home with a nice tan, or going home looking like a lobster. Pretty much everyone is aware of that fact. However, something that many people are not aware of is how their choice of sunscreen can affect the wildlife around them.

Can Sunblock Cause Coral Bleaching?

Recent studies have discovered that some of the chemicals that’s are often used in sunscreens can do some real damage to ocean wildlife. The chemicals oxybenzone and octinoxate have been found to encourage and cause bleaching in coral reefs.

For those unaware, coral bleaching is an event that occurs in stressed coral reefs. Coral structures have a symbiotic relationship with bacteria, which gives the reef its unique and vibrant colors. The bacteria feeds the coral, and the coral shelters and provides nutrients for the bacteria.

When the bacteria can’t provide enough food, the coral expels it in order to survive. This leads to the coral losing it vibrant colors, becoming a pale white, hence the term bleaching. However, the bacteria provides around 90% of the corals energy, so the coral often starves to death after the bleaching process, though sometimes it can recover.

When a swimmer puts sunscreen on their body, it helps prevent sunburn for a while. However, going into water, the sunscreen begins to lose its effectiveness. This is due to the fact that some of the sunblock is washed off by the water, which is why most sunscreens waiting before going into the water, and to reapply after a few hours.

Once the chemicals are in the water, they can come into contact with coral and cause bleaching. While one swimmer using this sunblock doesn’t put a lot of the chemical into the water, the thousands upon thousands of people who go to the beaches around the world everyday can create quite an impact. Plus, there is the added fact that coral can be very easily stressed, which means it doesn’t take much to cause a bleaching event.

What Some Places Are Doing about the Problem

In order to try to protect coral reefs some cities, especially those closely located to reefs, are banning the sale of sunscreens with the chemicals oxybenzone and octinoxate in them. In fact, the city of Key West, Florida recently did this. The Key West City Commission voted 6-1 to ban the sale of these sunscreens. Mayor Teri Johnston said it was their duty to protect the only living barrier reef in the continental United States.

This ban follows a similar one that was passed in Hawaii last year. In 2018, the state of Hawaii voted to ban the sale and distribution of sunscreens containing those chemicals as well. However, this law does not go into effect until the start of 2021.

It is important to remember that these laws do not outright ban sunscreens, simply any that contain the chemicals oxybenzone or octinoxate.

Could These Laws Be Enacted Here?

While neither of these laws will affect Californians directly, it is something to consider while traveling. In these areas, tourists may not be able to obtain certain sun blocks due to what they are made with. They will instead need to buy other types of sunscreen that are actually permitted in that area.

What do you think about these new laws? Do you think similar ones could be enacted here in the state of California? Let us know what you think in the comments down below.